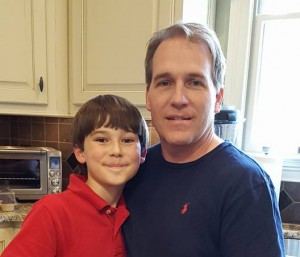 The first time we had Jason Gillespie help us with a computer issue, our desktop was running slow. Jason tuned it up and got it running like new. We hired him again when another computer crashed — the one that stored a lot of photos of our kids. We thought we’d lost all those photos, but he was able to recover them. I’ve known Jason for a long time now, and he’s been very responsive. If I have issues or problems, Jason’s always been reliable and available to help.

I have done a lot of work for Kevin and Faye Knewborn. It’s absolutely awesome working for them. For example, one night my phone rang, and it was Kevin, saying, “Jason, my laptop blue screened and says the hard drive is corrupt.” I said, “I’ll be there to pick your computer up first thing in the morning.”

I was able to restore the operating system to the original state, and recovered 98% of the data. Kevin was very happy when I called him the following day and told him what I was able to recover.

Pictures, documents, and other data sometimes are irreplaceable. Try to always have some sort of data backup. If you don’t have a data backup configured on your system, give us a call and we can prevent a disaster.

Services you may need: Data Recovery & Computer Repair
« Problems With Virus On Laptop Testimonial
My Computer Was Running Slow »

Tell us about your needs

END_OF_DOCUMENT_TOKEN_TO_BE_REPLACED

Enter your name and email to get our latest updates.